Do babies understand what we say to them?

Should we wait for school to deal with speech and language problems?

No. If you think your child has a problem, call right away. Early identification and treatment of speech and language problems will help your child prepare for the future learning demands of a junior kindergarten classroom.

Is it common when the younger children in larger families don’t talk?

Early signs of language delay should be taken seriously in all children. So if your child is having problems, call us.

Will my child grow out of it?

Some children do grow out of speech and language delays, but many won’t, so do not wait and see. The earlier a problem is discovered and treated, the better the outcome for your child.

Should I worry if my child stutters?

Many children repeat words or phrases as they learn to talk or when they are excited or tired. This can happen for short periods of time and then disappear. However, if you notice that this is happening frequently and for more than a few months – call us.

Do I need a doctor’s referral to have my child seen by York Region Preschool Speech and Language Services?

No. Parents can self-refer by calling us directly at 1-888-703-5437 when they have a concern. Parents generally know their child best and if you are concerned about your child’s speech and language development do not hesitate to call.

Does my child need a hearing test?

If your child is under 2 years and has not had hearing screening, please call: Tri-Regional Infant Hearing Program at 1-888-703-5437 ext. 4 to arrange hearing screening. Over the age of 2 years, you can ask your family doctor for a referral to an audiologist, if your child hasn’t been screened, has had ear infections or there are other reasons to be concerned about your child’s hearing.

Does my child mispronounce sounds because they are lazy?

No. Your child does not intentionally mispronounce sounds. They have developed a speech pattern over time that is unconscious, but certainly within their control to change with instruction.

We don’t know why children develop different speech patterns. In many cases, the sounds are simply delayed in their acquisition, and with time will likely develop on their own. Providing families with suggestions to encourage the development of these sounds is often very helpful.

Other children’s speech patterns are much more complex and vary from a typical developmental pattern. These children usually require direct speech therapy. It may be that a similar speech pattern has occurred in the family, suggesting a hereditary link, or a hearing loss as early as 12 months due to recurrent ear infections can also affect sound acquisition. For many children, however, the cause is unknown. What we do know however, is that your child is not willingly trying to talk this way, it is simply the only way they know how to use their sounds!

If I use sign language with my child, will it not stop my child from trying to talk?

No. Sign language is a type of Augmentative Communication. Signs can actually help a child to talk. Studies have actually demonstrated that children as young as 9 months have developed a large sign vocabulary, much earlier than their spoken vocabulary, and that these same children spoke earlier than same aged children.

Talking is a very complicated process requiring the child to be able to know what a word means, know when it is appropriate to use that word, remember how the word is pronounced and then physically being able to put the sounds together to produce the word.

Sign language helps a child understand what a word means because it is visual and can be “seen”, rather than just sounds in space. Similarly by observing others using signs in conjunction with the spoken word, the child learns when the sign/word is to be used. This then allows the brain to focus more on the co-ordination of all the muscles required for the pronunciation of the word.

The added bonus is that during your child’s learning of word pronunciation (which can sometimes take months for this connection to occur) they have a way to communicate with you that is not as physically challenging, thereby reducing everyone’s frustration!

If my child is struggling with English at school, should we stop speaking our first language and speak only English at home?

Is there a “best way” to teach the two languages?

Should a child with a language delay be raised with only one language?

There is no clear research to indicate that a child with a language delay should be exposed to only one language. This is the case even for children with a severe language delay.

Families may wish to discuss their options with a Speech-Language Pathologist and other caregivers who work with their child. Any language intervention plan should be based on your child’s need to communicate for different reasons.

My child has a lisp. What should I do?

Some children present with what is known as a lisp. There are two kinds of lisps:

Frontal Lisp – is the most common and is characterized by protrusion of the tongue tip between the front teeth usually during the production of ‘S’ and ‘Z’ sounds resulting in a ‘TH’ sound, e.g. sun = “THUN”.

Lateral Lisp – is less common and is characterized by the sides of the tongue protruding between the molars also during the production of ‘S’ and ‘Z’ sounds resulting in a ‘slushy’ ‘SHLL’ sound, e.g. soup = “SHLLOUP”.

Children learn to produce different sounds at different times. The ‘S’ and ‘Z’ sounds are often only mastered by the time a child is 7 or 8 years old. The presence of a lisp does not typically affect how well a child’s speech is understood though it does make his speech sound different from other children at school.

If your child is demonstrating a lisp – model a clear and exaggerated ‘S’ sound by clenching your front teeth and making a BIG smile. Emphasize the spreading of your lips. When your child says “thun” for sun, it’s best if you repeat the word stressing the ‘S’ sound (“SSSSun”). You can remind your child to keep his tongue in his mouth by saying “Oops! I saw your tongue. Stay in your house Mr. Tongue!” Also encourage your child to keep his tongue tip anchored behind his lower front teeth by saying “Let’s pretend Mr. Tongue is standing at the bottom window” (your teeth are like windows!)

Won’t the use of picture / augmentative and alternative communication (AAC) interfere with a child’s vocal development?

Research shows that AAC does not impede the development of speech and language skills. It actually indicates that AAC facilitates spoken language by increasing interaction, improving language skills, and/or providing a voice output model for speech. Additionally, research shows that children who are not able to communicate effectively by some means are at great risk for cognitive, social, emotional, and behavioral problems. The purpose of AAC is to provide a functional communication system, which may be used short or long term.

For additional information, please see this resource: AAC: An Introduction 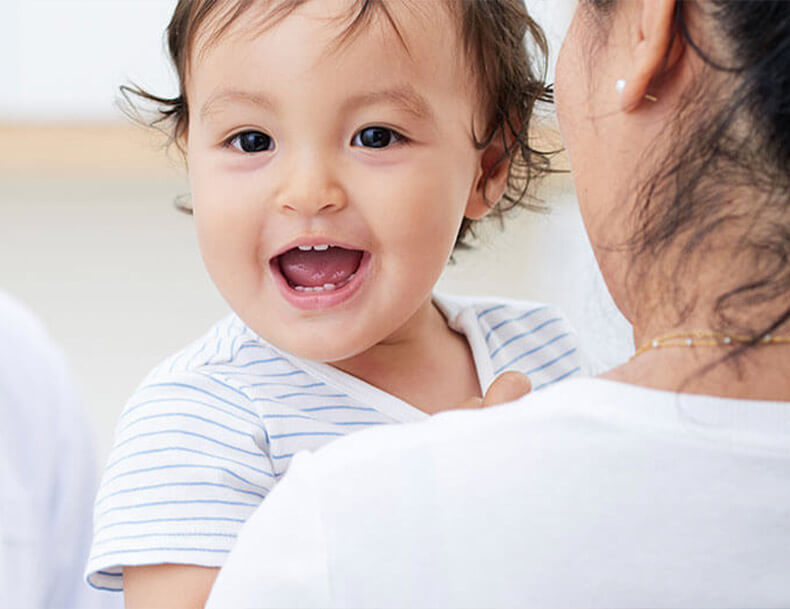 Let’s get you started with some helpful Resources.